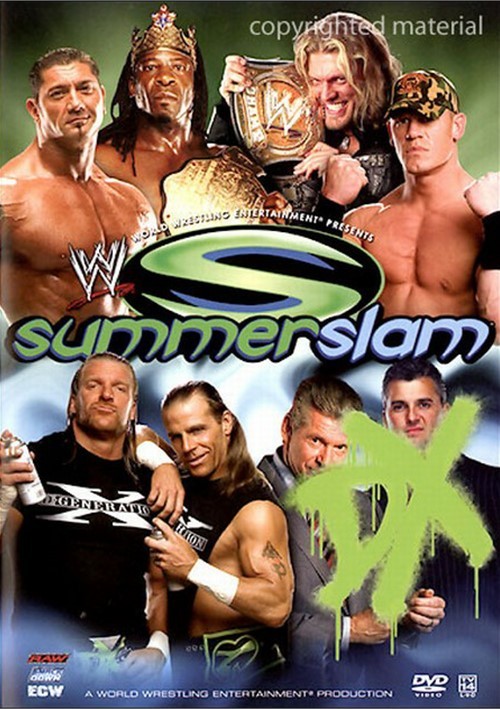 It's the biggest party of the Summer but who will be celebrating when the night is over? The action heats up as three world championships are decided at SummerSlam. Will John Cena use his hometown advantage to end Edge's WWE Championship run? Can Batista reclaim his crown by ending the World Heavyweight Championship reign of King Booker? And how will ECW World Champion Big Show handle the suicidal, homicidal, genocidal Sabu? Randy Orton looks to kill another legendary career, but can anyone destroy the immortal Hulk Hogan? Plus, the rivalry of D-Generation X and the McMahons comes to a violent end. Get ready for SummerSlam!