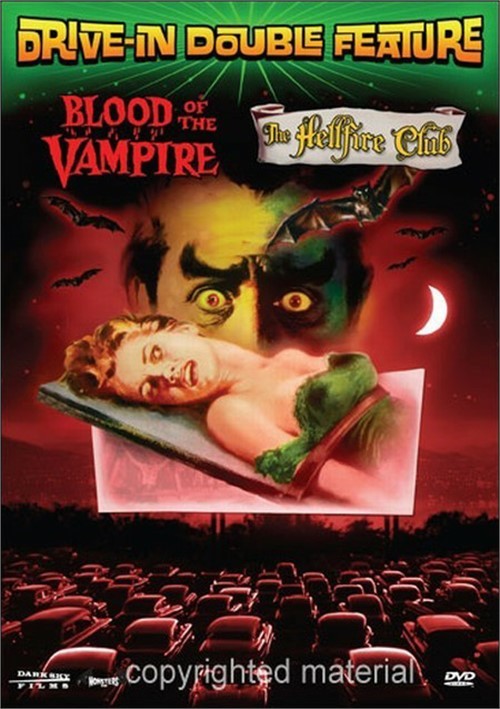 Blood of the Vampire

When Dr. John Pierre (Vincent Ball) is falsely accused of practicing medical heresy, he is sent to a remote castle prison run by Dr. Callistratus (Donald Wolfit), a maniacal scientist who specializes in strange diseases of the blood. Aided by violent prison guards and a creepy hunchback, Dr. Callistratus proves to be much more than he seems. A moody Gothic horror film in the grand Hammer tradition, penned by famed terror scribe, Jimmy Sangster (Curse of Frankenstein, Horror of Dracula).

A rollicking swashbuckler set in the 1700s, The Hellfire Club stars Keith Michell as Jason, an adventurous young man who returns to the ancestral estate after a lengthy absence to claim his lordship, only to discover that his cousin Thomas (Peter Arne) has taken over and turned it into a lusty den of sin and inequity governed by an infamous secret society called the Hellfire Club. Directed by the legendary filmmaking team of Robert S. Baker and Monty Berman and written by Jimmy Sangster.

Review "Blood Of The Vampire / The Hel"

Reviews for "Blood Of The Vampire / The Hel"