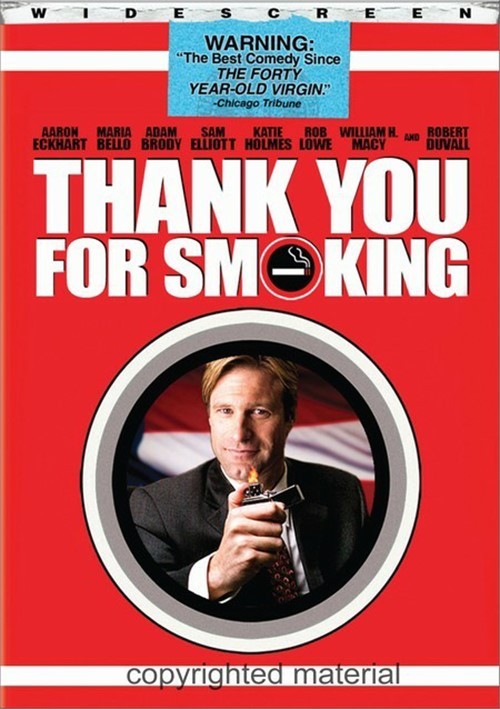 Warning: "The Best Comedy Since 'The 40-Year-Old Virgin.'" -- Chicago Tribune

Warning: Thank You For Smoking "just might make you laugh your head off!" (Maxim). Aaron Eckhart stars as Nick Naylor, a sexy, charismatic spin-doctor for Big Tobacco who'll fight to protect America's right to smoke - even if it kills him - while still remaining a role model for his 12-year old son.

When he incurs the wrath of a senator (William H. Macy) bent on snuffing out cigarettes, Nick's powers of "filtering the truth" will be put to the test. As Nick says, "If you want an easy job, go work for the Red Cross." With a smokin' all-star cast that includes Rob Lowe, Maria Bello, Katie Holmes, Adam Brody and Robert Duvall, this "fiendishly funny" (Good Moring America) comedy will prove seriously addictive.

Review "Thank You For Smoking (Widescr"

Reviews for "Thank You For Smoking (Widescr"