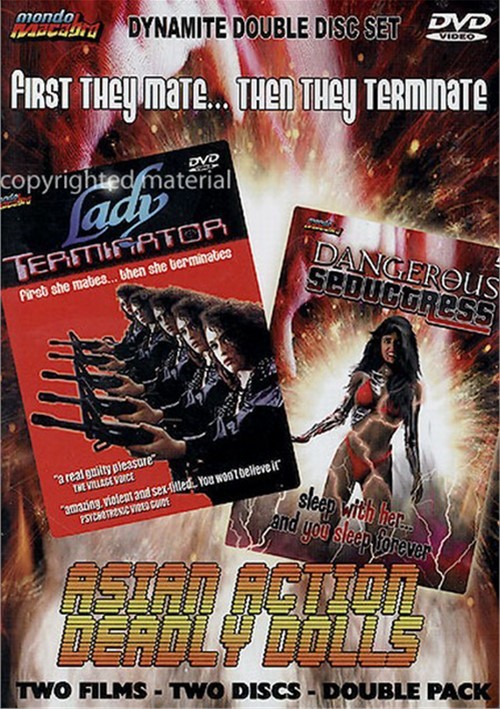 First They Mate... Then They Terminate

Get ready for a wild ride! Lady Terminator is like Kill Bill on heat. A sexually rapacious Asian goddess, known as the "Queen of the South Sea", possesses the body of a young female skin diver. Armed with an AK47, an endless supply of bullets and a spectacular bod, this lust fuelled killing machine takes to the streets on a revenge driven rampage.

In Dangerous Seductress, an innocent American tourist becomes the pawn of an evil witch. The witch wants blood. And she f-rces Suzy to get it for her. Dressed to the nines, with her massive breasts to the fore, Suzy stalks the nightclubs of downtown Jakarta looking for male victims to satiate the bloodlust of her satanic mistress.