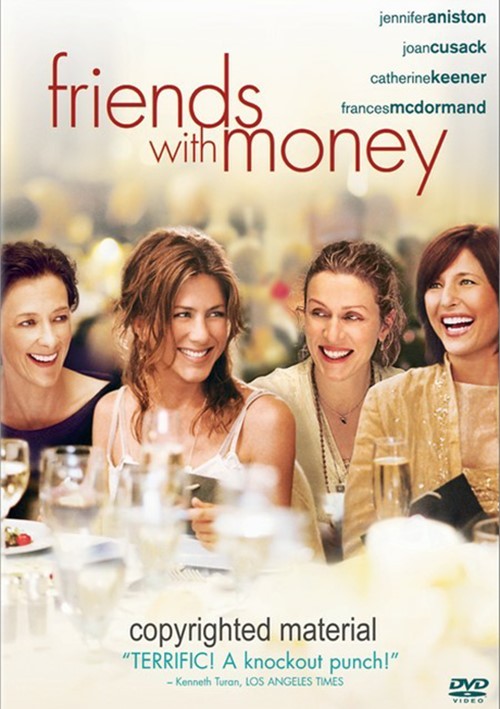 Jennifer Aniston, Catherine Keener, Frances McDormand and Joan Cusak star in a film the New York Times hails as "a bittersweet comedy about the drama of being alive'.'

Friends With Money the story of four best friends whose comfortable lives are thrown off balance as the realities of early middle age set in. It paints a painfully hilarious portrait of modern life in the class-sensitive West side of Los Angeles. Written and directed by Nicole Holofcener (Lovely and Amazing), Friends With Money was the Opening Night Selection at the 2006 Sundance Film Festival and is being hailed as "Terrific' ' (Kenneth Turan, Los Angeles Times.

Reviews for "Friends With Money"