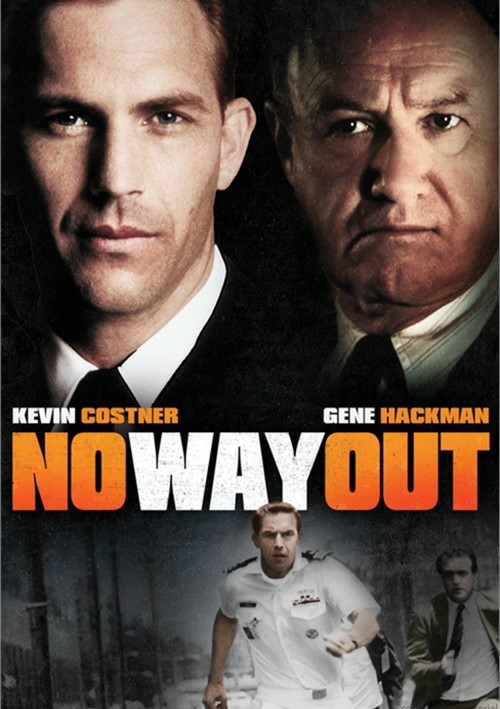 Imagine being a hunter leading highly trained bloodhounds in pursuit of a killer...and the trail leads directly to you! Starring Academy-Award winners Kevin Costner and Gene Hackman, No Way Out is "a mesmerizing look at Washington power" (The Hollywood Reporter. Capturing a well-deserved four stars from critic Roger Ebert, this "taut [and] stylish" (Newsweek) thriller is fast-paced and powerful - "a perfect nailbiter" (Variety)!

In a fit of rage, Secretary of Defense David Brice (Hackman) murders his mistress. To keep a lid on the scandal, Brice's loyal aide (Will Patton), creates the perfect cover-up: he "invents" a more enticing killer - a Russian spy - and then enlists naval commander Tom Farrell (Costner) to find him. But as a chilling twist of fate would have it, Farrell also has a strong commection to the victim...and now all the clues he's been hired to uncover are leading straight to him! In a desperate race against time, Farrell's search for the killer is not only a matter of national security, but also a matter of saving his own hide.

Review "No Way Out (Repackage)"

Reviews for "No Way Out (Repackage)"