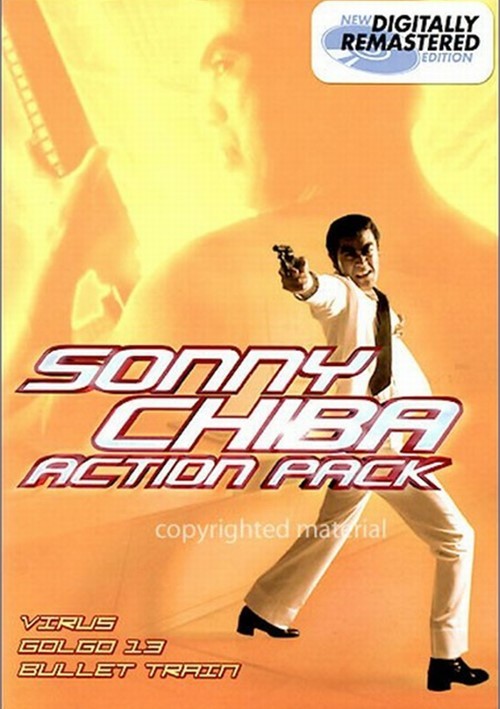 Virus was the most expensive Japanese movie ever made at the time. Directed by the late Kinji Fukasaku (Battle Royale), it's a post-apocalyptic sci-fi adventure tale set in the future where a military-engineered virus has wiped out most of the human population, with a handful of survivors in Antarctica who desperately try to find a way to resurrect the human race. The all-star cast includes Sonny Chiba, Chuck Connors, Glenn Ford, Olivia Hussey, George Kennedy, Edward James Olmos, Henry Silva, Bo Svenson, and Robert Vaughn

Sonny Chiba stars as the title character who is based on a popular manga (Japanese Comic Book) and anime series, an international assassin who is assigned the job of eliminating a drug kingpin in Hong Kong. A detective named Smith, who wants to wipe out the drug syndicate, is hot on his trail along with a legion of other assassins.

Classic Japanese action film from the 70s that predates the American film Speed by nearly 20 years. A bullet train is rigged with a bomb that is set to explode if the train goes below a certain speed. Our unlucky train captain played by action star Sonny Chiba must fond a way to save the hundreds of passengers aboard the speeding train.