Challenge Of Flight, The: Disc Two 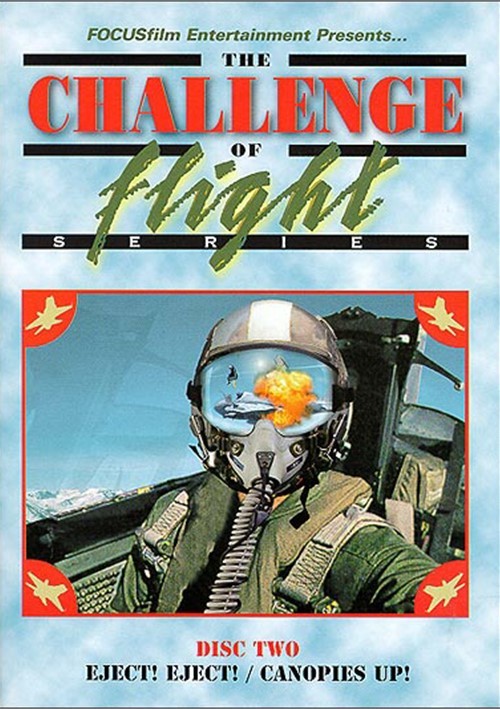 Challenge Of Flight, The: Disc Two

You can't imagine all the ways a flight can go wrong: Locked controls, burning tires, flat spins. It's all here in a remarkable new series. Near misses, close calls, mishaps that pilots have talked about for years. Taken from thousands of hours of classified military footage.

The Challenge Of Flight series includes the first crashes on the deck of the USS Langley, the incredible F-100 "Sabre Dance", the horrifying F9F ramp strike and the crash of the first awesome F-22. Each episode looks at a specific area of flight -- Takeoffs, Landings, Ejections, Bomb runs, Air-to-air weapons -- and is packed with the kind of gripping footage that everyone wants to see.

When there's nowhere to go but down, pilots in trouble face the ultimate challenge. With never-before-seen test footage, trace the progress of the pilot's safety system of last resort: The Ejection Seat.

America's finest pilots tell you first hand. Original flightline footage, from assignment right to combat. You'll see and hear the world of military aviators as if you were there yourself...directly from the combat cameras.

Review "Challenge Of Flight, The: Disc"

Reviews for "Challenge Of Flight, The: Disc"