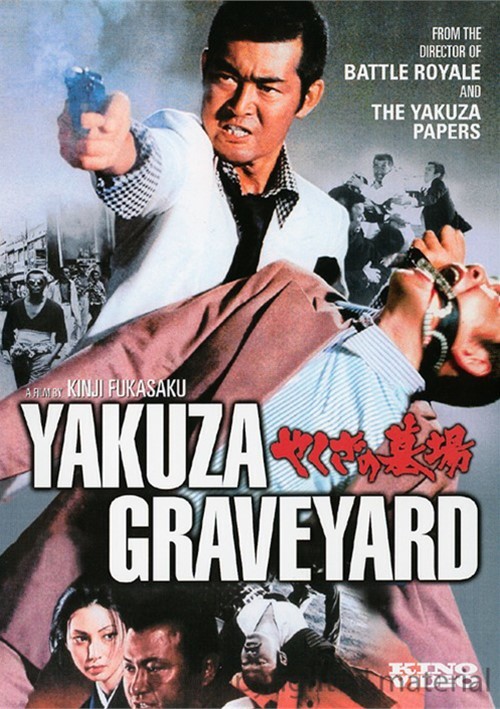 From The Director Of Battle Royale And The Yakuza Papers

Tormented by guilt and embroiled in a literal dead-end affair with a woman he widowed in the line of duty, renegade Detective Kuroiwa (Tetsuya Watari - Tokyo Drifter) is the one-man definition of "rogue cop." When his corrupt superiors assign Kuroiwa to the organized crime beat, they inadvertently pull the pin on a gun-toting human hand-grenade. Violating his "hands-off" orders, Kuroiwa plunges fists first into the Nishida gang yakuza underworld. And when he meets Keiko (70s Japanese action film icon Meiko Kaji - Lady Snowblood, Female Prisoner Scorpion), the beautiful half-Korean wife of an imprisoned Nishida boss, Kuroiwa finds himself risking much more than just his badge. Outlaw cop and gang-moll become both lovers and unwitting pawns in a brazen, police-sanctioned yakuza power-grab conspiracy. As Kuroiwa is f-rced to choose a side, the stage is set for betrayal, degradation and massacre.

A story of personal depravity, national racism, and romantic self-sacrifice, Yakuza Graveyard takes its place alongside Oshima's In the Realm of the Senses and Shohei Imamura's Vengeance Is Mine as one of the handful of spectacularly graphic and accomplished downward spiral films of 70s Japanese cinema. Kino makes this unjustly overlooked masterpiece available for the first time on US DVD.