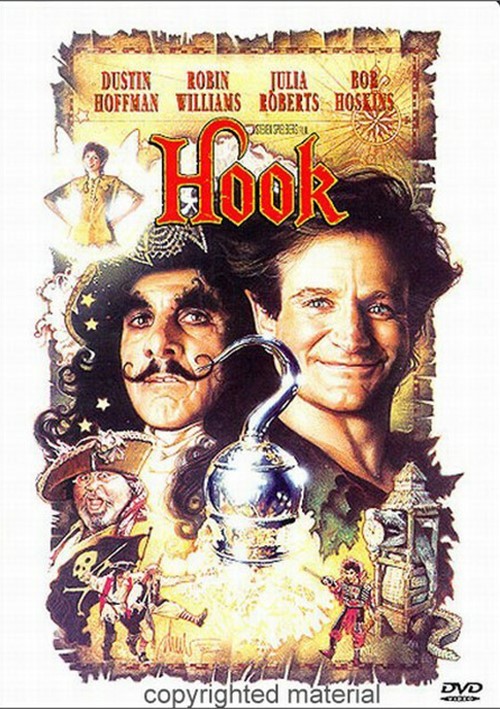 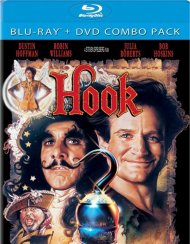 "Get ready for adventure. Steven Spielberg has scored another triumph." -Gene Shalit, THE TODAY SHOW

A high-flying adventure from the magic of Steven Spielberg, Hook stars Robin Williams as a grown-up Peter Pan and Dustin Hoffman as the infamous Captain Hook.

Joining the fun is Julia Roberts as Tinkerbell, Bob Hoskins as the pirate Smee, and Maggie Smith as Granny Wendy Darling, who must convince the middle-aged lawyer Peter Banning that he was once the legendary Peter Pan. And so the adventure begins anew, with Peter off to Neverland to save his two children from Captain Hook. Along the way, he rediscovers the power of imagination, friendship, and magic. A classic tale updated for children of all ages, Hook, nominated for five 1991 Academy Awards including Best Visual Effects, is "a 10. A film that will entertain generations, generations from now." (Gary Franklin KABC-TV)