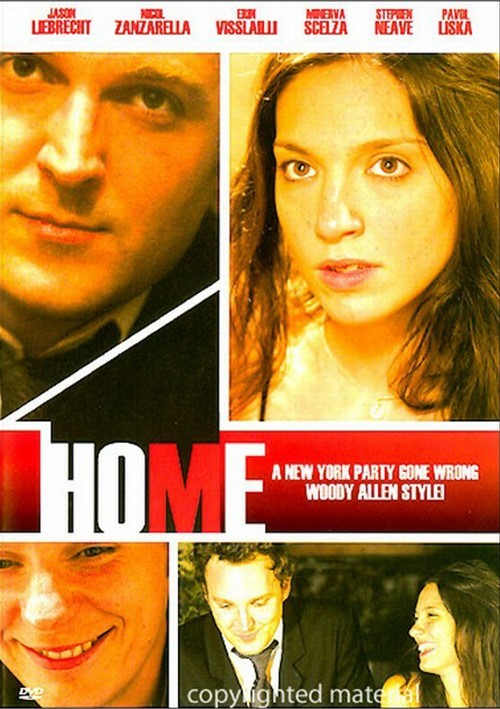 In the tradition of Swingers, and a winner of multiple festival awards, and written/directed by veteran film and TV critic Matt Zoller Seitz (NY Press, The Star-Ledger), Home is a sexy comic drama set at a Brooklyn house party on a hot summer night. It starts when a sarcastic loner named Bobby shows up uninvited at a party thrown by roommates Susan and rose. Bobby came to the party to reconnect with another guest, his free-spirited ex-girlfriend Harper, who he hasn't seen in years. But Harper is more interested in stealing away the object of Rose's affections, a motor mouthed salesman named Tommy. Stranded among strangers Bobby latches on to Susan. But the plot keeps thickening as Susan's ex-boyfriend shows up and a tense triangle ensues in this laid-back comedy drama about sex, love and relationships packed into a two-story brownstone one summer night.