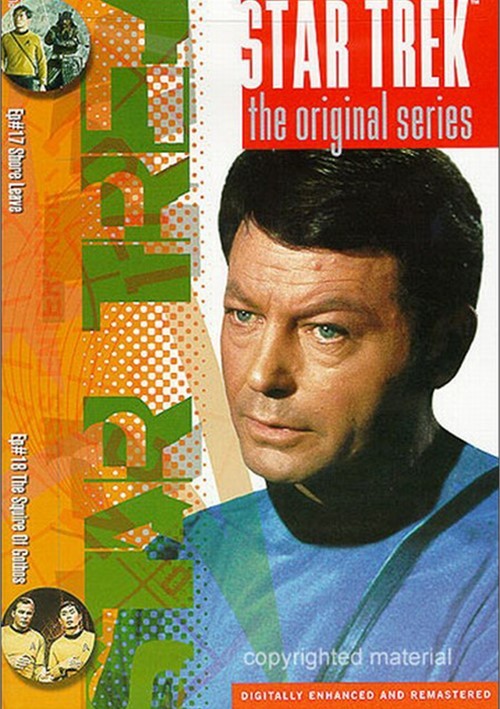 The White Rabbit and Alice in Wonderland? A knight on horseback? Don Juan, a samurai warrior, a World War II fighter plane? These strange sights await Kirk and the crew of the U.S.S. Enterprise when they beam down for shore leave on a mysterious planet. Is it all an illusion or some sort of trick? So it would seem, until the knight charges Dr. McCoy -- and kills him!

The Squire of Gothos: (Episode 18)

En route to Colony Beta Six, the U.S.S. Enterprise is trapped in orbit around an uncharted planet -- a planet that shouldn't be there! Kirk discovers its sole inhabitant is an illogical but extremely powerful alien named Trelane (William Campball), who challenges Kirk to a fox hunt -- with Kirk playing the fox -- in return for the U.S.S. Enterprise's freedom.