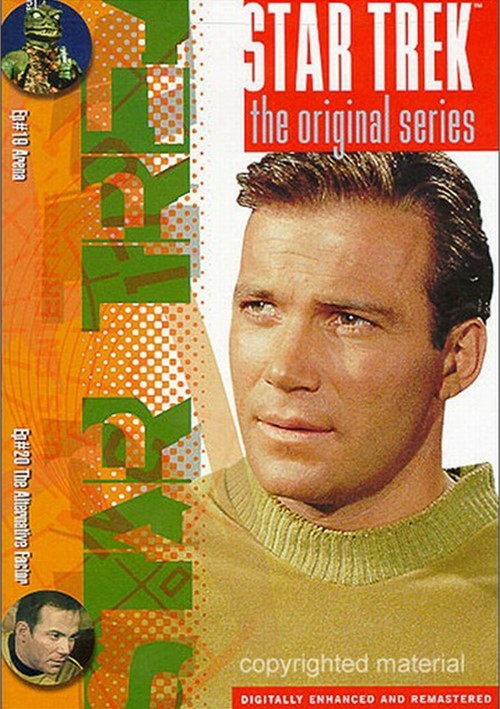 Kirk fights for his life - and the lives of his entire crew! While pursuing a ship which destroyed a Starfleet base, Kirk intrudes into the territory of the highly advanced Metrons, who decide to settle the conflict. Suddenly Kirk is on a deserted asteroid, unarmed, facing his opponent - an overpowering reptilian giant. If Kirk loses, the U.S.S. Enterprise crew will die. Can Kirk outwit this menacing foe?

In orbit around an unknown planet, the U.S.S. Enterprise experiences a moment of "nonexistence" -- all natural laws are suspended. On the planet's surface Kirk encounters Lazarus (Robert Brown), who blames this disturbance on his evil enemy. Aboard the starship, Lazarus steals vital dilithium crystals, and we learn that Lazarus' look-alike foe is from an antimatter universe. If Kirk can't prevent them from meeting, both universes will be annihilated!