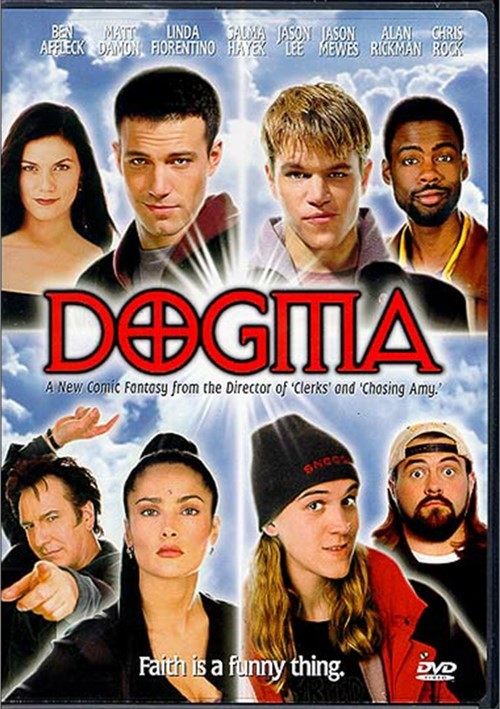 Faith Is A Funny Thing.

One of the most talked-about movies of the year is also one of the funniest! In this hilarious comic fantasy from writer/director Kevin Smith (Clerks, Chasing Amy) two banished angels (Ben Affleck and Matt Damon) find a loophole that would get them back into Heaven. The only snag? They'll be destroying existence in the process. In an effort to stop them, the overworked Voice of God (Alan Rickman) taps cynical mortal Bethany (Linda Fiorentino) to save the world by preventing the angels from reaching their unholy destination: New Jersey! Throw in two unlikely prophets named Jay and Silent Bob (Jason Mewes and Kevin Smith), the quick-witted yet little-known thirteenth apostle (Chris Rock) and a sexy, former muse with a case of writer's block (Salma Hayek) and you've got a hysterical and thrilling race against time packed with an all-star cast that Entertainment Weekly called "one of the ten best movies of 1999!"