IMAX: The Magic Of Flight 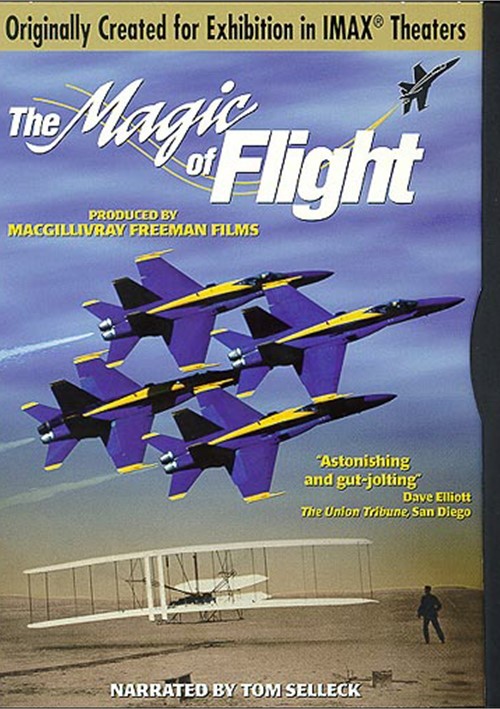 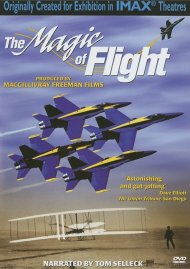 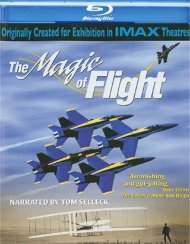 The Magic of Flight takes you on a technological thrill ride faster, higher, and wilder than modern science or even your imagination! Relive the historical first flight of the Wright Brothers in 1903, then soar with the world-famous Blue Angels as they defy the laws of gravity with their most breathtaking maneuvers. Narrated by tom Selleck, The Magic of Flight highlights and salutes a variety of modern aircraft, the people who fly them, and the human potential of training and performance.

Ever wonder "how did they do that?" The Making-of The Magic of Flight puts you behind the camera and provides further insights into the world of aviation and the techniques used to get some of the most amazing airborne footage ever captured on film. Shot using high-definition television cameras, The Making-of The Magic of Flight captures the enthusiasm and excitement of the crew who made this ground-breaking film.

The Magic Of Flight was originally filmed using IMAX cameras and continues to exhibit in IMAX theaters around the world. This DVD version of the film, digitally mastered and transferred using the original film elements, has been produced in a manner that meets or surpasses anything available in the DVD format today.

Review "IMAX: The Magic Of Flight"

Reviews for "IMAX: The Magic Of Flight"