Classic Albums: U2 - The Joshua Tree 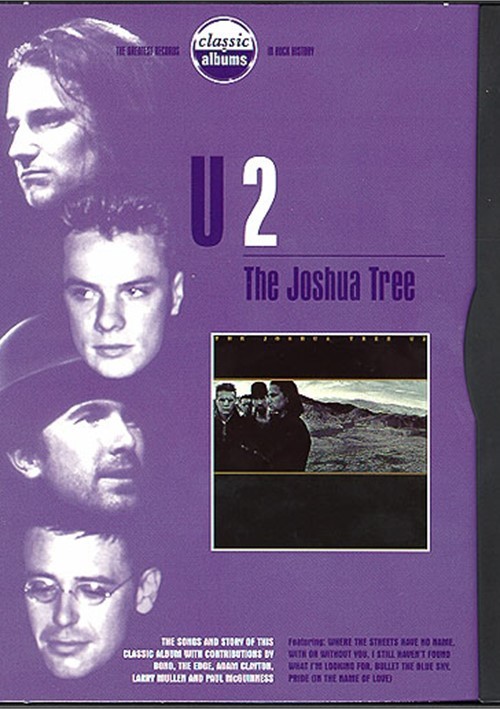 Classic Albums: U2 - The Joshua Tree

Released in March 1987, U2's The Joshua Tree quickly became the fastest-selling album in British chart history, selling almost 250,000 copies within the first week of release. In the U.S., it was equally successful, topping the Billboard album chart for nine weeks, spending 58 weeks in the Top 40 there and earning a Grammy Award for Album of the Year.

The Joshua Tree gave birth to several major hit singles, including "With or Without You" and "I Still Haven't Found What I'm Looking For," both of which reached Number 1 on the Billboard Top 100 in the U.S., and "Where The Streets Have No Name."

The story of the making of The Joshua Tree is told here via interview and archival film footage, with contributions from band members Bono, The Edge, Adam Clayton and Larry Mullen. U2's long-time manager Paul McGuinness reveals how the album catapulted the band into the catergory of rock superstars, and there are contributions from Elvis Costello in the role of a major U2 fan, re-mix producer Steve Lillywhite, and, of course, co-producers Brian Eno and Daniel Lanois.

Here we learn the true story from Brian Eno of how the master tape for "Where the Streets Have No Name" was almost destroyed and how a forgotten birthday resulted in one of U2's best-ever songs. Packed with reminiscences and powerful performances, this is the story of one of the most famous and best records of the eighties, a true Classic Album.

Review "Classic Albums: U2 - The Joshu"

Reviews for "Classic Albums: U2 - The Joshu"