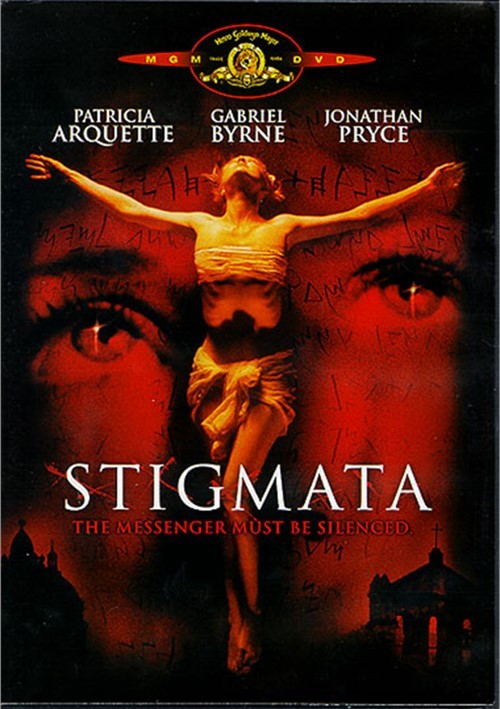 The Messenger Must Be Silenced.

A lost soul has just received the wounds of Christ...and a shocking message that will alter history. Stunning performances from Patricia Arquette (True Romance), Gabriel Byrne (The Usual Suspects) and Jonathan Pryce (Ronin) and a cutting edge score by Billy Corgan of "The Smashing Pumpkins" and Elia Cmiral make Sitgmata "a visual and visceral feast" (Entertainment Today).

Frankie Paige (Arquette) has absolutely no faith in God. All of that changes when she suddenly begins to suffer the Stigmata - the living wounds of the crucified Christ. Frankie's miraculous bleeding comes to the attention of the Vatican's top investigator, Father Kiernan (Byrne). But when Cardinal Houseman (Pryce), discovers that Frankie is actually channeling an extraordinary and provacative message that could destroy the Church, he's convinced that she - and the f-rce possessing her - must be forever silenced. Determined to stop this deadly conspiracy, Kiernan risks his faith - and his life - to save her and the message that will change the destiny of mankind forever.