Angel And The Badman (Master Movies) 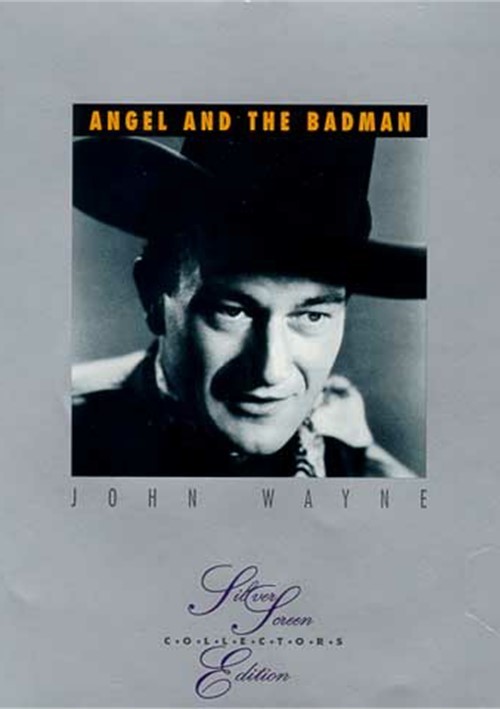 Angel And The Badman (Master Movies)

A Western that provides a slightly unusual role for John Wayne who plays Quirt Evans, a man who has always lived by his gun. When the gunslinger is wounded and collapses on the doorstep of a Quaker family, they take him in and nurse him back to health. The ease and simplicity of the family's life has an effect on Quirt, and he slowly falls in love with the eldest daughter, Prudence (Gail Russell). Quirt's values clash with the those of the young Quaker woman and he is f-rced to reevaluate his old life and moral code. The day inevitably comes when he must decide whether, and how to use his gun again. When Evans has regained his strength, he sets out in search of Laredo Stevens, the murderer of his foster father. Prudence goes after him and persuades him to lay down his gun. But Wistful McClintock, the local sheriff (played by Harry Carey) turns up at the last minute to take care of Laredo himself. Director James Edward Grant also wrote the script and has a nice way with dialogue. Critic James Agee called this film "unpretentious, sweet-tempered and quite likeable," and it gave Wayne a chance to show more depth than the standard "shoot-em-up" Western might have done.

Reviews for "Angel And The Badman (Master M"