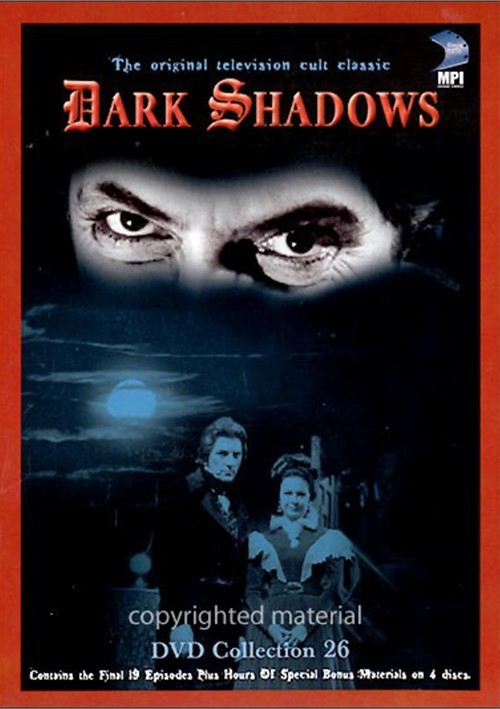 Contains The Final 19 Episodes Plus Hours Of Special Bonus Materials On 4 Discs!

In 1841 parallel time, Daphne Harridge becomes suicidal at the thought of losing Bramwell Collins to her sister Catherine. James Forsythe's spirit reveals why he cursed the Collinses in 1680. The ghost of Brutus Collins traps Morgan Collins and Julia Collins in a secret corridor at Collinwood where they find two mummified bodies. After marrying Kendrick Young, Melanie Collins becomes insane. Morgan is enraged to learn Catherine and Bramwell have resumed their romance. As crises continue to surround them, the Collins family struggle to survive, hoping to finally end the curse that has brought so much sorrow.

This DVD set presents the final episodes of the series plus many hours of bonus material.

Featurettes and Montages:
Â· "The Making of Return to Collinwood"
Â· "Before the Shadows"
Â· "A Fan Remembers"
Â· "Dark Shadows - The Beginning, Beyond the Shadows"