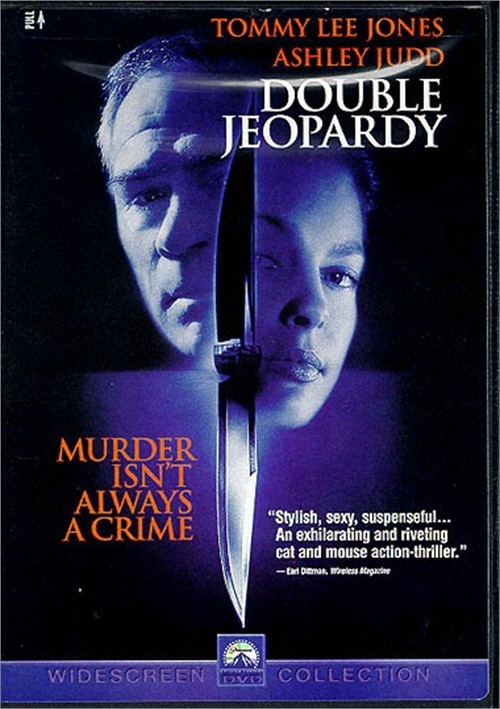 The chase is on! Ashley Judd shines in this unstoppable, untoppable box-office smash that co-stars Tommy Lee Jones in his "best performance since The Fugitive."

Judd plays Libby Parsons, who discovers that the husband she's convicted of murdering staged his own "death" and framed her for the crime. Released on parole, she skips town to find him - and that puts parole officer Travis Lehman (Jones) on her trail. Packed with more crowd-pleasing excitement than several movies put together, Double Jeopardy delivers "lots of action and spine-tingling suspense from start to finish."