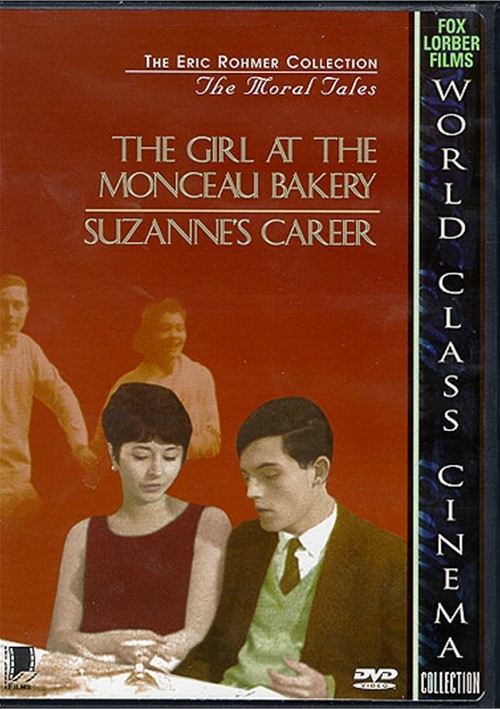 The Girl At The Monceau Bakery:

This chariming short by the French new wave Eric Rohmer (Rendezvous in Paris) is the first of six films that make up the acclaimed Moral Tales (Claire's Knee, My Night at Maud's). A young man becomes infatuated with a girl he sees on the street, but after several days without seeing her again sets his sights on a girl in the local bakery. Eventually he has to choose between the two when he arranges dates with them on the same day.

The second engaging short from Rohmer's Moral Tales, examines the relationship between two friends when they both become interested in the same girl. The story revolves around how one young man who is not initially taken by this young woman, all of a sudden becomes interested when he sees that his best friend has won her attention.