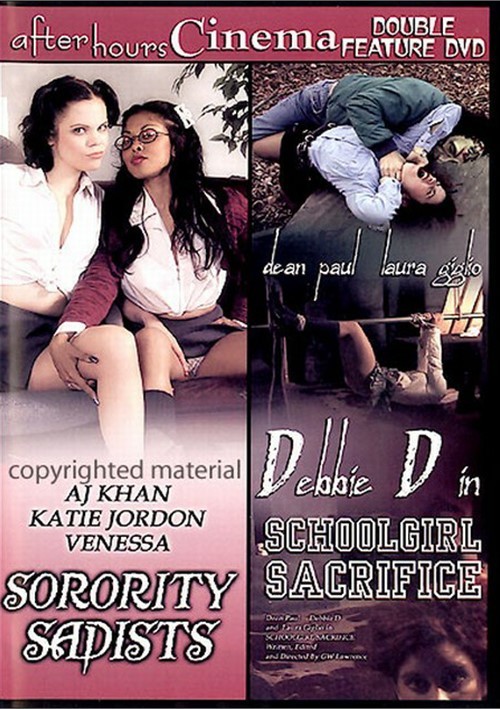 Co-ed Katie Jordon is having serious problem with her new roommate Vanessa. The girl borrows her clothes without asking, doesn't clean up after herself, and even went so far as to steal her hair brush. When Katie goes to A.J. Khan, the president of her sorority, for help, the two girls plot the appropriate disciplinary action against the unrepentant vixen. Vanessa is dragged in to be confronted with her misdeeds and is taught the meaning of the words "respect" and "submission". When she is f-rced to bend over for a much needed spanking, and then has her pantyhose violently torn from her body and used to gag her, Vanessa knows she is in for a night filled with pain and humiliation.

Debbie D stars as a college girl who is attacked and kidnapped by a sadistic killer (Dean Paul) and taken to his makeshift dungeon. The more ordeals she suffers through before her ultimate sacrifice, the more powerful the killer will become! Laura Giglio co-stars as a police woman investigating the girl's disappearance. Will she find the girl in time or will she literally "lose her head" in her attempt at rescue?