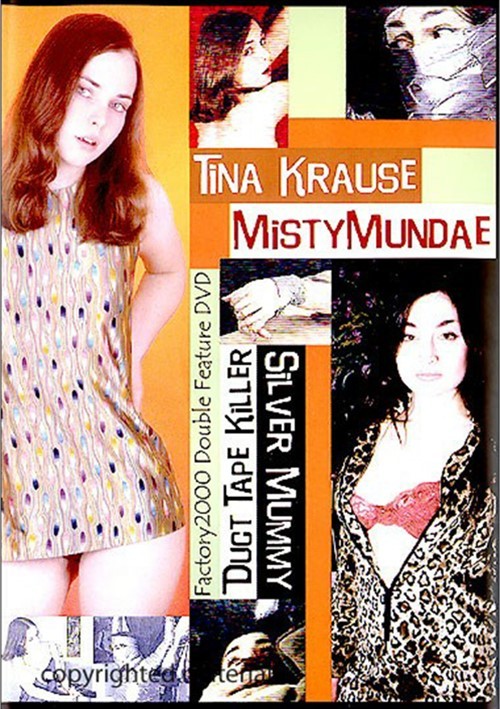 Factory 2000 was modeled after Andy Warhol's philosophy of surrounding your productions with human furniture: creating your own lunatic scene of wayward teen runaways and social outcasts while mass-producing sexually explicit and violently exploitive indie features. The Factory prides itself on experimental, original soundtracks, hip young casts and its ability to push the envelope far enough to merit a devoted fan following and brutal censorship from traditional video distributors.

Real Crime Videos are shocking tales of real crimes torn from today's headlines! All are loosely based on fact! First up, a beautiful young woman (Tina Krause) has recurring nightmares of being chloroformed repeatedly and then bound and gagged with duct tape while completely nude. But will the final nightmare be all too real? Also starring Bill Hellfire as the stalker.

The sequel to The Duct Tape Killer starring 19 year old Misty Mundae and Tina Krause. Judy (Krause) has had recurring nightmares about being chloroformed, duct taped, and eventually killed. Unable to sl--p in her own apartment, Judy asks her ex-boyfriend, Bob (Bill Hellfire), and his current girlfriend, Cynthia (Misty Mundae) if she can stay with them. They agree, but the jealous girlfriend has her own ideas. She plan on making Judy's nightmares become all too real! She chloroforms Judy, strips her, and binds her with duct tape. Just like in her nightmares! For her final revenge, Cynthia knocks Judy out and wraps her entire body with duct tape! She then turns on the gas and leaves Judy to die. But will the stranger who shows up rescue Judy in time, or will he ignore the helpless girl's protests and light the cigarette sending them both to their deaths in a gigantic explosion?