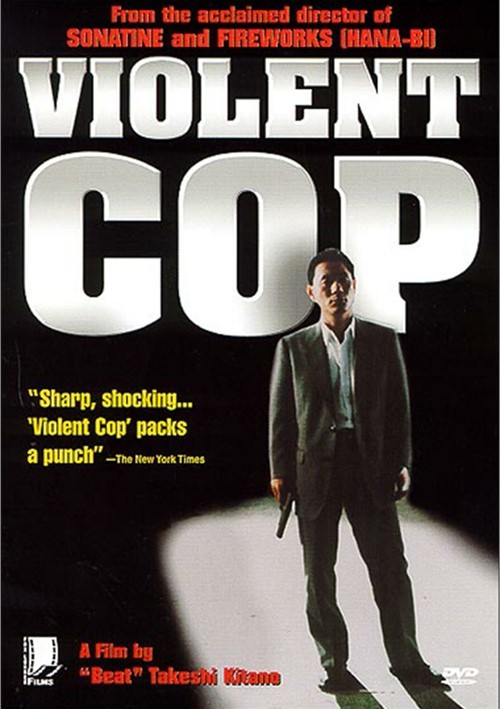 Best described as Dirty Harry meets The Searchers, Violent Cop stars "Beat" Takeshi Kitano as Detective Azuma, an unconventional cop who uses violence in his pursuit of justice. While investigating a series of drug-related crimes, Azuma is led to Iwake, a colleague on the f-rce. When someone murders Iwake and the police try to cover it up, Azuma becomes enraged. Moreover, his beloved, emotionally disturbed sister has been kidnapped by the very same drug dealers. Azuma sets out, his violent frenzy uleashed, to track down the gang, avenge Iwake and rescue his sister.