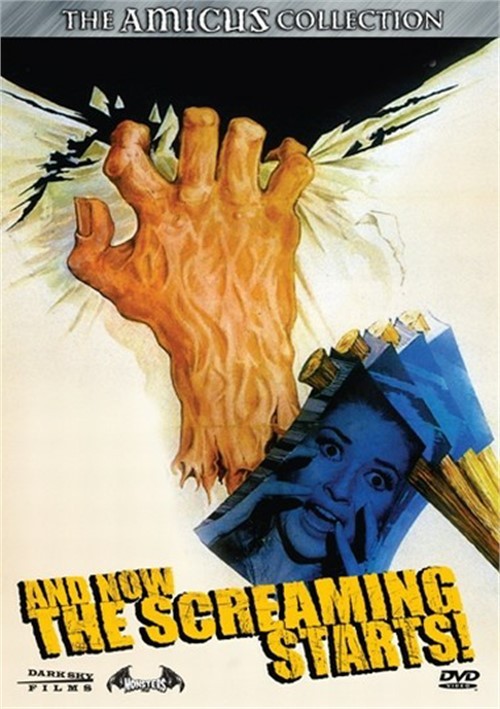 Set in 1795 England, And Now the Screaming Starts! tells the tale of blissful newlyweds Catherine (Stephanie Beacham) and Charles Fengriffen (Ian Ogilvy) who move into his ancestral family mansion. On their wedding night, Catherine isd by a malevolent spirit. She is plagued further by a series of haunting visions involving an eyeless woodsman and a murderous, disembodied hand. Can a savage act of depravity and violence committed by one of Charles' ancestors be to blame? Charles fears that his bride is going insane and calls for Dr. Whittle (Patrick Magee). Unable to help Catherine overcome her visions, Dr. Whittle calls for assistance from a fellow practitioner, Dr. Pope (Peter Cushing). who uses reason and logic to combat what he assumes is a mental disorder. In time, Dr. Pope finds himself fighting a losing battle against the f-rces of the supernatural, intent on carrying out a bloody family curse.

Directed by Roy Ward Baker (Asylum, The Vault of Horror, The Monster Club) and produced by Amicus stalwarts Max J. Rosenberg and Milton Subotsky, And Now The Screaming Starts! has been mastered in High Definition from 35mm vault materials.

Review "And Now The Screaming Starts!"

Reviews for "And Now The Screaming Starts!"