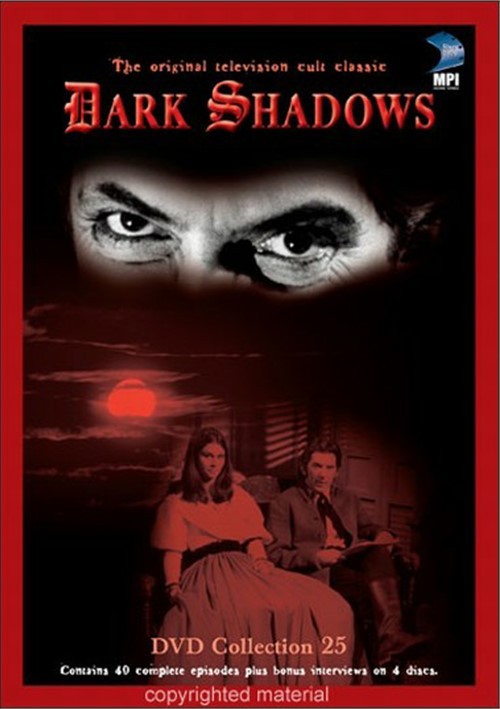 "Dark Shadows...is telling us something true: Beware. Anything can happen." - The New Yorker

At Collinwood in the year 1840, Daphne Harridge describes strange occurrences she viewed in a room in the east wing. Dr. Julia Hoffman warns her to beware of the parallel time band she has witnessed. Barnabas begs Angelique to use her powers to help save Quentin Collins from being executed for practicing witchcraft. Using Quentin's stairway through time, Barnabas, Julia and Professor Stokes travel back to the future. In 1841 parallel time, Bramwell Collins insists that Catherine Harridge marry him instead of Morgan Collins. As the family's oldest son, Morgan is placed in charge of the dreaded lottery, where a family member is selected to endure a night in a mysterious, cursed room. Kendrick Young discovers that his lover Melanie Collins suffers from a split personality. Carrie Stokes reveals that Morgan is possessed by James Forsythe, the man who placed the curse on the Collinses in 1680. The ghost of Brutus Collins taunts Morgan.