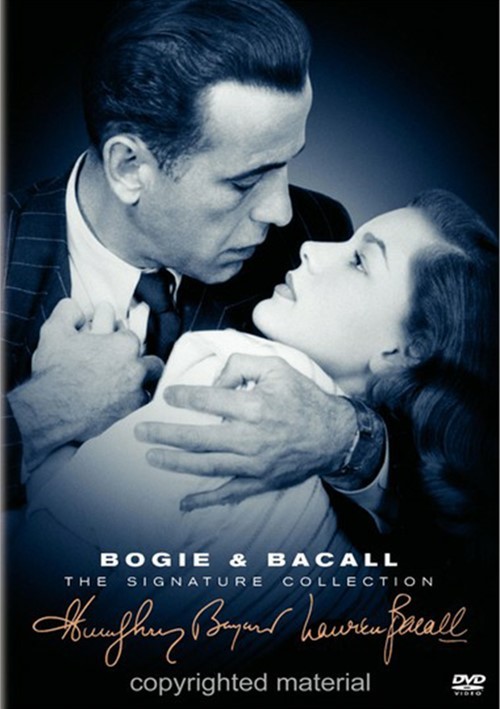 They met on the WB lot. The year was 1944. "I just saw your screen test," Bogart said to Bacall. "I think we're going to have a lot of fun together." And so it began... Listed as the Greatest Male Star of All Time and one the Greatest Female Legends by the American Film Institute, Humphrey Bogart and Lauren Bacall star in the all new Bogie & Bacall: The Signature Collection. This giftset includes all four films that starred one of classic Hollywood's noted couples.

To Have And Have Not
All-new making-of featurette A Love Story: The Story of To Have and To Have Not
Classic Cartoon: Bacall To Arms
Lux Radio Theatre production starring Humphrey Bogart & Lauren Bacall
Theatrical Trailer

Reviews for "Bogie & Bacall: The Signature "