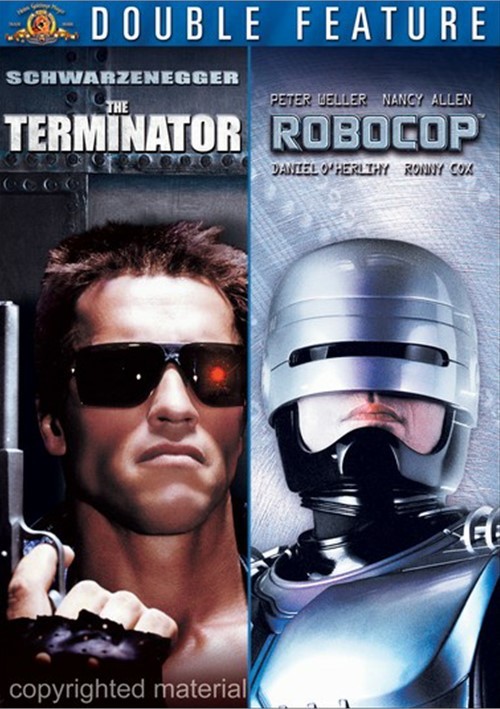 In 2029, giant super-computers dominate the planet, bent on exterminating the human race! And to destroy man's future by changing the past, they send an indestructible cyborg (Arnold Schwarzenegger) back in time to kill Sarah Connor (Linda Hamilton), the woman whose unborn son will become mankind's only hope. Can Sarah protect herself from this unstoppable menace or will the human race be extinguished by The Terminator?

When a good cop (Peter Weller) gets blown away by ruthless criminals, scientists are able to piece him back together as RoboCop, an unstoppable crime-fighting cyborg. Impervious to bullets and bombs, and equipped with high-tech weaponry, RoboCop quickly makes a name for himself by cleaning up the crime-ridden streets of Detroit. But tormented by the vivid memories of his death by vicious killers, RoboCop is out for more than just justice...he wants revenge!