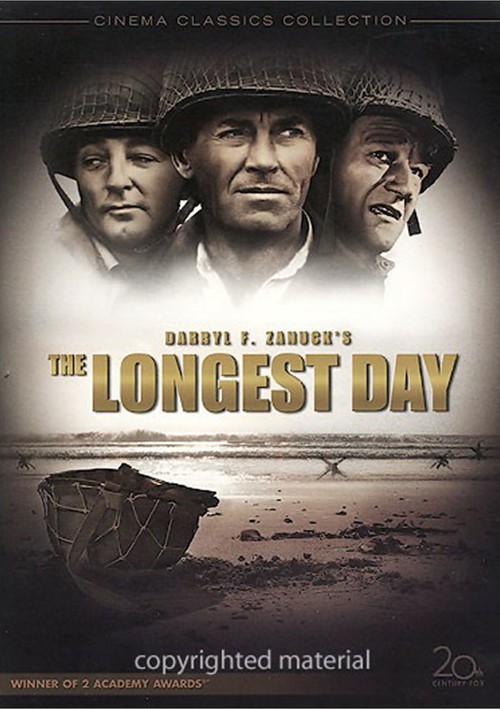 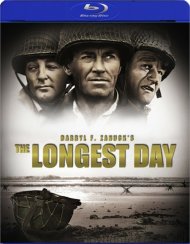 The triumph and tragedy of the World War II heroes who stormed Normandy Beach on D-Day, June 6, 1944, are immortalized in this 1962 OscarÂ® winner for Best Cinematography (Black-and-White) and Best Special Effects.

Seen through the eyes of Allied generals, foot soldiers, strategists and paratroopers, The Longest Day recounts the largest and greatest military mission of all time. In a battle that would change the course of history, 5,000 ships unloaded over 3 million men on the beaches of France, and the Allies gained a valuable foothold on enemy territory, at an incalculable cost. This massive production required five directors and featured an international cast of thousands, including John Wayne, Robert Mitchum, Henry Fonda, Eddie Albert, Richard Burton, Sean Connery, Peter Lawford, Rod Steiger, Stuart Whitman, Robert Ryan, Edmond O'Brien, Curt JÃ¼rgens and more!