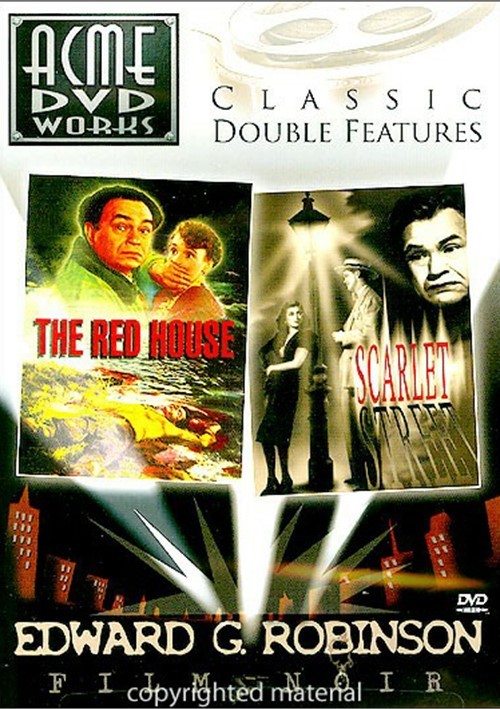 In Scarlet Street (1945), Robinson portrays a middle-aged clothing store cashier whose life is tragically changed when he becomes involved with Kitty (Joan Bennett), a predatory manipulating woman. He is a quiet and mild-mannered man, but his wife is a total shrew and so his chance meeting with Kitty leaves him easy prey for her schemes, which pull him deeper and deeper into a world of crime and deception. Events take an unexpected turn and the ending is one of the neat twists that go against the usual formula. This was a controversial film in its day and was banned for some time, probably because of the eventual fate of Robinson's character. One of those moody darkly shadowed dramas at which Lang excels. A remake of Jean Renoir's La Chienne, adapted by Dudley Nichols.

In the second feature: The Red House (1947), a young boy takes an after school job on Robinson's farm and discovers a strange secret about the peculiar farmer and his spinsters sister. A moody, compelling mystery drama that introduced several new faces to the screen. It was also the last film of Ona Munson, Gone With The Wind's infamous Belle Watling.