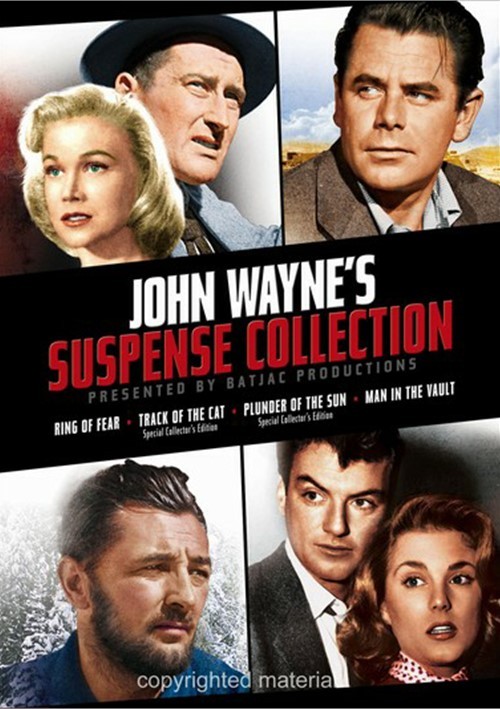 Blackmailed by a mobster, an innocent man (William Campbell, The High And The Mighty) must turn bank robber in this suspenseful crime thriller. '50s sex symbol Anita Ekberg is the two-timing gun moll who lures him into danger.

Terror takes center ring in this unusual suspense thriller starring famed pulp fiction novelist Mickey Spillane as himself. He must uncover the identity of the saboteur who is terrorizing the stars of the Clyde Beatty Circus.

A family of ranchers must hunt down a killer mountain lion to save their cattle. But can they save themselves from the passions that threaten to destroy them? Robert Mitchum, Tab Hunter and Teresa Wright (Shadow Of A Doubt) star.

A mysterious package plunges a cynical detective (Glenn Ford, Gilda) into a deadly web of deception, murder and greed in this classic film noir about the search for long-lost Incan treasure.

Man In The Vault
Features Not Specified

Ring Of Fear
Features Not Specified