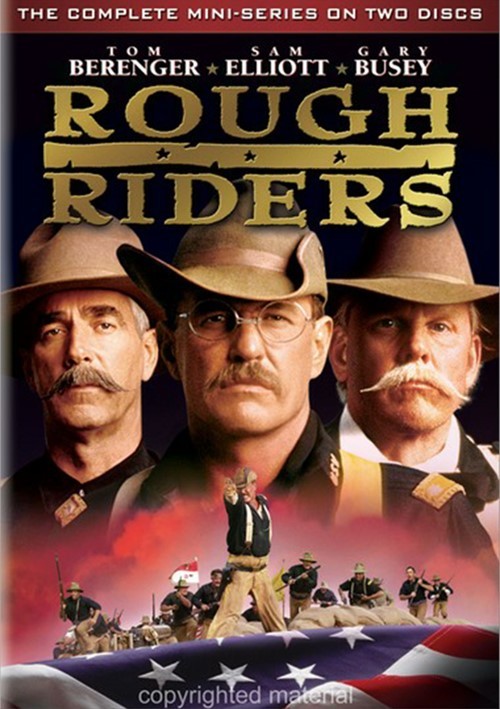 The Complete Miniseries On Two Discs

Theodore Roosevelt wanted to create "the wildest bad-cat regiment since the Mongols rode the Steppes." Volunteers from all walks of life formed "Teddy's Terrors," the 1st U.S. Volunteer Cavalry Regiment. Polo players and thieves. Rich and poor. Ivy League athletes and leather-tough cowpokes. All had a devotion to duty and unsurpassed riding skills. But fate would f-rce the Rough Riders to fight on foot, not horseback.

"When I was a kid, my heroes were Teddy Roosevelt, George Patton and Hopalong Cassidy," says John Milius (Red Dawn, The Wind and the Lion), who directed and co-wrote this heroic salute to Roosevelt and his fighting Spanish-American War comrades. Tom Berenger (as Roosevelt), Sam Elliot and Gary Busey lead the way in the epic tale of the conflict that shaped the nation's destiny and a future President's soul.