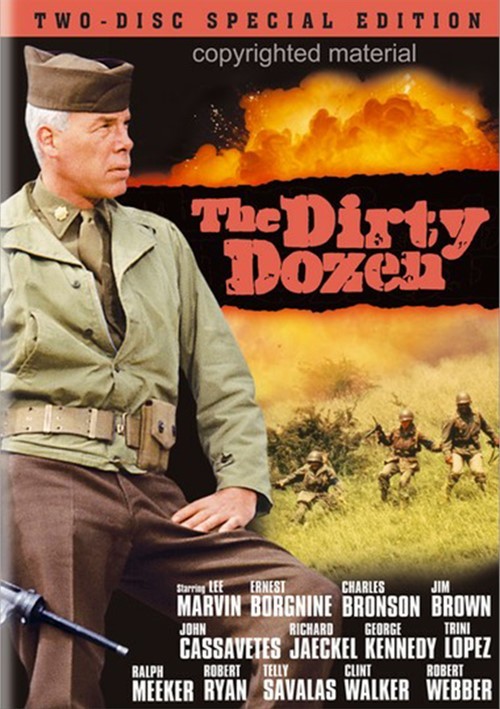 They are convicts, psychos, lunkheads, losers - and champs at the box office and in movie lore. Decades after it burst onto the scene, The Dirty Dozen remains a milestone among ensemble action flicks.

Lee Marvin portrays a tough-as-nails major volunteered, in the Army way, to command a squad of misfits on a suicide mission against Nazi brass. Charles Bronson, Jim Brown, John Cassavetes, Trini Lopez, Telly Savalas, Donald Sutherland and Clint Walker are among the 12 jailbirds who will earn their freedom if they survive. And Robert Aldrich (The Longest Yard) directs, blending anti-authority gibes with explosive excitement. Nominated for four Academy AwardsÂ®, The Dirty Dozen won for Best Sound Effects.

The Dirty Dozen: Next Mission, the 1985 sequel with Lee Marvin, Ernest Borgnine and Richard Jaeckel reprising their original roles.

The Making of the Dirty Dozen

The Filthy Thirteen: Real Stories from Behind the Lines