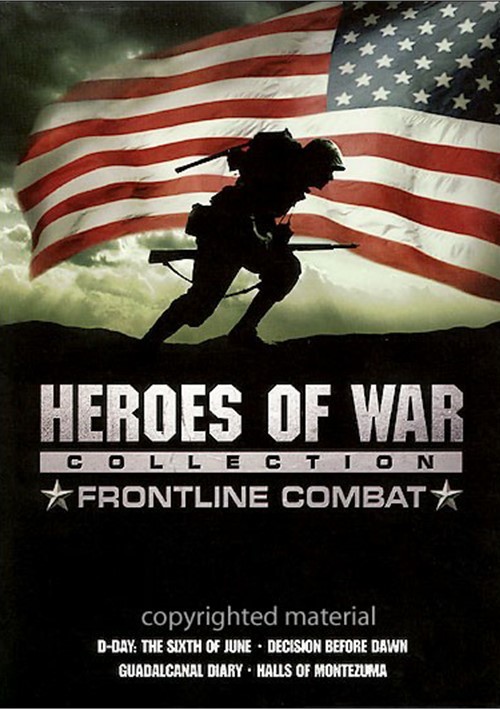 In this electrifying classic, Robert Taylor portrays Captain Brad Parker, an American officer on the front lines on June 6, 1944...D-Day. In love with the same woman (Dana Wynter) as his commander (Richard Todd), Parker realizes that the day's battle will not only determine which man will return to her, but may also change the course of the war. Costarring Edmund O'Brian, D-Day The Sixth of June is a moving story of courage and sacrifice both on and off the battlefield.

Richard Basehart and Gary Merrill star in this riveting World War II film nominated for the 1951 Best Picture OscarÂ®! As the Third Reich declines in power, the Allies develop a radical new plan to employ German POWs as spies. Tension builds as the Americans learn whether the former Nazis will help or betray the Allies...and Decision Before Dawn explodes into "as stirring a drama as any you'll want to see!" (The New York Times)

Send in the Marines! Based on the best-seller of the same name, Guadalcanal Diary is one of the greatest war films ever made! Following a platoon of Marines through the terrors of war in the South Pacific, this stirring film boasts an all-star cast, including Lloyd Nolan, William Bendix, Preston Foster and Anthony Quinn. As they battle the enemy, the devoted men also fight relentless weather, deadly diseases and treacherous terrain!

An all-star cast - including Richard Widmark, Jack Palance, Robert Wagner, Karl Malden, Richard Boone and Jack Webb - tear into this gritty and gripping homage to the US Marine Corps operations in the Pacific! Widmark stars as a former school teacher who must lead a squad of leathernecks into battle on a heavily fortified island to capture a Japanese rocket site. If they are successful, the mission will turn him into a combat-hardened leader and his men into a cohesive fighting unit!