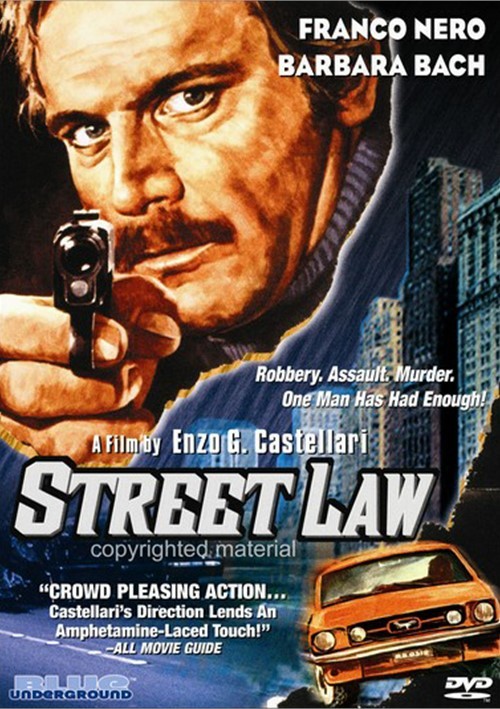 Robbery. Assault. Murder. One Man Has Had Enough!

The legendary Franco Nero (of Django and Die Hard 2 fame) stars as Carlo Antonelli, an average citizen until the day he is brutally beaten during a violent robbery. But when the police drop the case and the suspects remain free, Carlo is pushed beyond his breaking point. Now one man will launch an all-out war against the criminal scum who plague our cities, where justice has its own rules, vengeance needs no badge and the only f-rce that matters is Street Law.

Barbara Bach (Black Belly of the Tarantula, The Spy Who Loved Me) co-stars in this vicious Death Wish-inspired crime thriller (also known in Europe as Vigilante II) directed by Italian action maestro Enzo Castellari (The Heroin Busters, Keoma) now presented uncut and uncensored - including all of its infamous violence - for the first time ever in America.