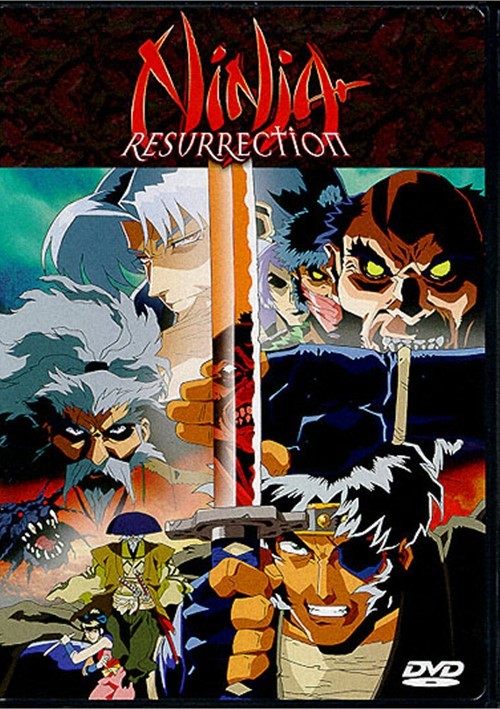 "To kill with sword, and with hunger, and with death..."

d by visions of Amakusa's final hour, legendary swordsman Jubei Yagyu returns to his ancestral home seeking respite from the bloody duties of a feudal retainer. Life in the village of Yagyu possesses a serenity ill-befitting days of armed rebellion and unholy alliance. For Jubei, the tranquility is far too transparent, and soon, chilling rumors reach him. Four dead heroes renew their claim to life, feeding on the fear and violence of the age. F-rced to take up the sword once more. Jubei returns to path of vengeance and damnation in Ninja Resurrection!