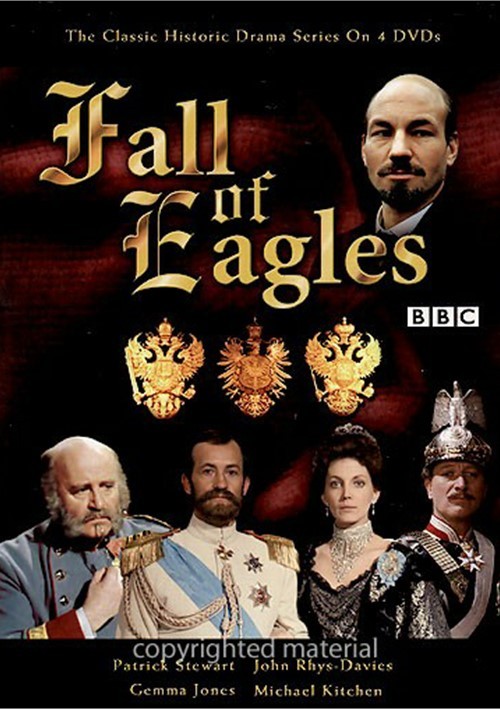 In the latter half of the 19th Century, three ruling houses dominated Europe: the Hapsburgs of Austria-Hungary, the Romanovs of Russia and the Hohenzollerns of Germany. Centuries of despotism, a continued lack of social reform and the advent of the devastating First World War caused the vultures of revolution to start circling. This 13-part epic highlights the fall of these three dynasties with an all-star cast including Patrick Stewart, John Rhys-Davies, Gemma Jones and more.

Reviews for "Fall Of Eagles"