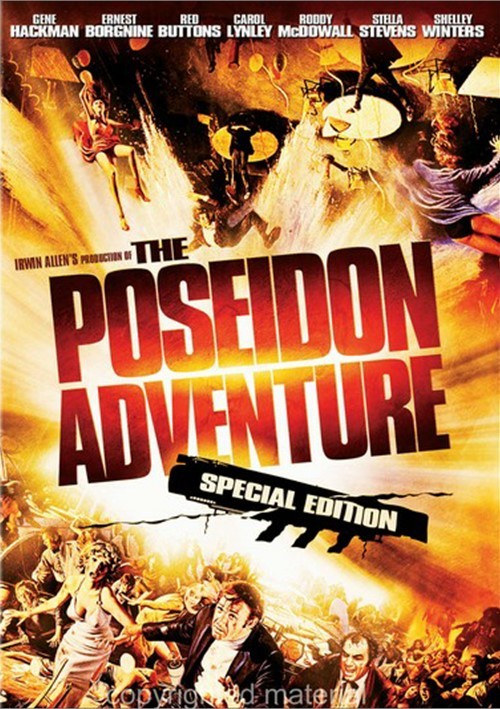 Dive deeper into the world of The Poseidon Adventure than ever before with this all-new Special Edition 2-disc set. Packed with a shipload of explosive extras, including director and cast commentaries, in-depth featurettes, storyboard comparisons and much more, this is the definitive DVD release of Irwin Allen's OscarÂ®-winning (1972 Special Achievement Award for Visual Effects) disaster genre masterpiece that started it all!

Gene Hackman leads an all-star cast (including Jack Albertson, Ernest Borgnine, Red Buttons, Roddy McDowall, Stella Stevens and Shelley Winters) on a perilous journey through the upside-down "hell" of a capsized ocean liner - a terrifying death trap that only a few will survive!

Reviews for "Poseidon Adventure, The: Speci"