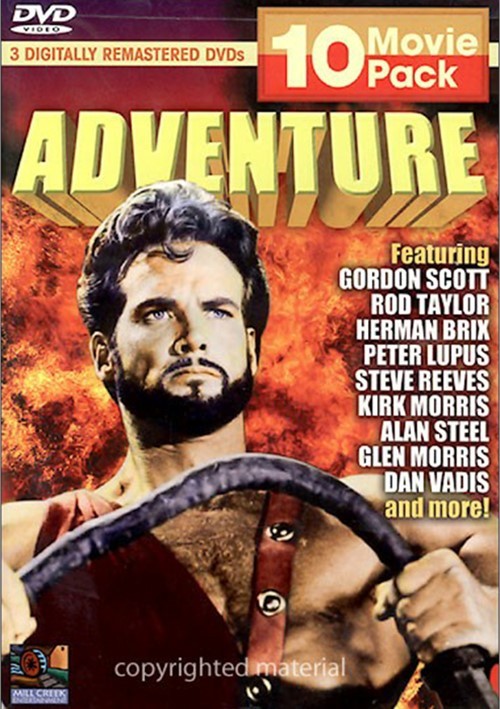 Tarzan And The Green Goddess

Filmed on location in the Guatemalan jungle, Tarzan encounters the exotic temple of the Lost Goddess, and discovers far more than he bargained for.

The beautiful and adventurous Eleanor is on safari with her uncle, her sweetheart and her aunt. The party is hunting for big game and is unprepared for a sudden perilous turn of events.

Tarzan And The Trappers

A group of evil and avaricious hunters have come in search of a fabled lost city, intending to pillage its riches. Tarzan intervenes to deliver the justice of the wild to the usurpers.

Son Of Hercules: The Land Of Darkness

Hercules falls for the daughter of a deposed king whose kingdom is held on thrall by an evil queen.

Hercules Against The Moonmen

An alien race from the moon lands in ancient Greece, terrorizing the nearby city of Samar, and taking the population's children as human sacrifices.

Hercules And The Captive Women

Hercules returns just in time to save a gorgeous damsel in distress from the clutches of a wicked monster. The grateful beauty takes him to her home in Atlantis.

Colossus And The Amazon Queen

The strongest man in Greece finds himself the unwilling member of an expedition across the seas.

Hercules And The Tyrants Of Babylon

Hercules is on a mission to rescue the beautiful Queen of the Hellenes, who has been kidnapped, and enslaved by the ruler of Babylon.

Hercules exercises poor judgment when he quenches his thirst from an enchanted spring en route to a diplomatic mission in Thebes. He promptly loses his memory.

Devil Of The Desert Versus The Son Of Hercules

When a nobleman is killed by an evil despot, his daughter is sold into a life of slavery and humiliation. Hercules feats of physical strength speak louder than words.