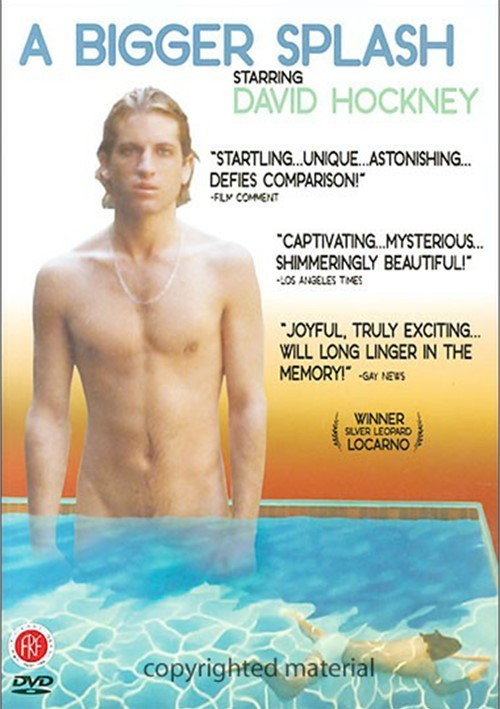 1971: the artist David Hockney is well on his way to art world super-stardom. Filmmaker Jack Hazan, camera rolling, follows Hockney to London to New York to Los Angeles - capturing the artist as he struggles to create what would prove to be some of his most enduring works: those featuring Hockney's model and lover, Peter Schlesinger.

Straddling the boundary between documentary and fiction, A Bigger Splash tells the story of Hockney's breakup with Schlesinger and its effect on Hockney, his work, and his close circle of friends. Originally banned for a notorious scene of homosexual intimacy, this award-winning, "at once precise and dreamlike," is a unique document of a time and place, a lifestyle, and the artistic process, unlike anything made before or since.

Reviews for "Bigger Splash, A"