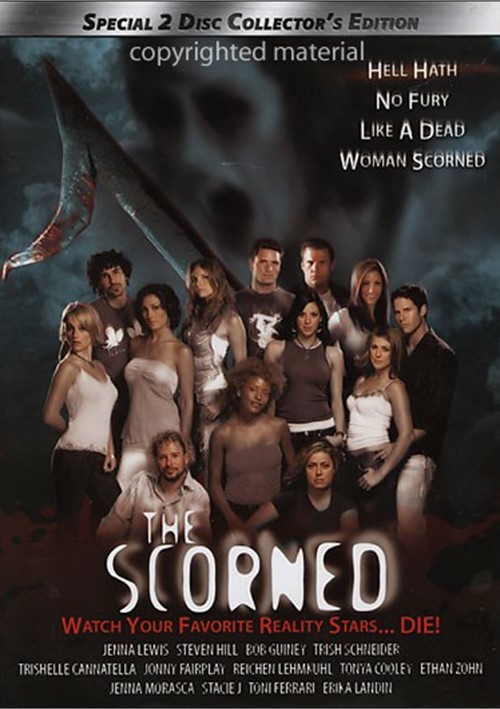 Hell Hath No Fury Like A Dead Woman Scorned

In a secluded beach house on the Malibu shore, an engaged couple's argument sends Matt (Bob Guiney) into the arms of his fiancÃ© Raina's maid-of-honor Nichola (Trishelle Cannatella). After Raina (Trish Schneider) finds them together, horrible violence ensues which ends with Raina facedown with her throat slit in the hot tub.

One by one, temptation begins to seduce the housemates into betraying their romantic relationships and unleashes an avenging angel of death. When the first victim is killed, Murry Ellis (Ethan Zohn), a whacked out spiritualist, believes that it was in fact, the ghost of Raina. With the help of Murry, Oliver and Kirsten fight to survive and search desperately to unlock the shocking mystery of...The Scorned.

Reviews for "Scorned, The"