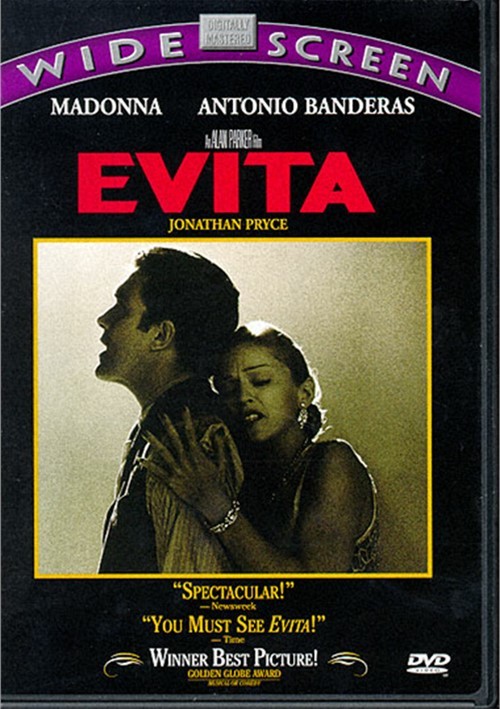 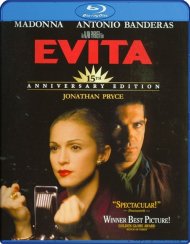 The Most Anticipated Motion Picture Event of The Year

Few times in the history of Hollywood has a film been released with the scope and daring of Evita! Now, experience this landmark achievement megastar Madonna- in the role of a lifetime- joins handsome Antonio Banderas for the year's most talked-about motion picture event!

Evita is the riveting true-life story of Eva Peron, who rose above childhood poverty and a scandalous past to achieve unimaginable fortune and fame. Despite widespread controversy- her passion changed a nation forever! Winner of the coveted Academy Award for Best Song (1996) and 3 Golden Globe Awards (Best Picture, Best Actress, Best Song)- critics nationwide hailed Evita as a triumphant must-see masterpiece- and so will you!